Not at all as successful as yesterday. It’s mostly my fault, so I shall hang my head in shame, knowing that I have to write double what I need to do tomorrow in order to get myself back on track.

Last night was the night the brand new Sims 4 expansion came out on midnight release. I’d preordered the game, and was sat staring at my laptop in anticipation, ready to spend the night gaming in the virtual world where I am the creator of the universe.

I played until nearly 4am. 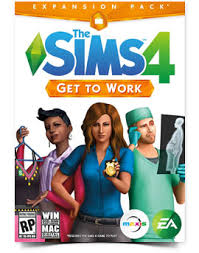 It’s a very addictive thing, Sims 4. Especially when you can now go with them to their workplace and wreck havoc on their working lives as well as their social and personal lives…

After noticing that I’d spent all night waiting and gaming, I reluctantly shut everything down, and trotted up to bed. Four hours later, my aunt was giving me the wakeup call that I’ve asked her to give me each day I’m in Portsmouth to ensure I get some writing done, I could barely open my eyes, or grunt much of a response. She popped my cup of tea on the side, and went off to her driving test (she passed, by the way, so congratulations to you Auntie!) and then work.

And I didn’t actually get out of bed until 1pm. The time I’d agreed to pop over to my grandparent’s house for an afternoon trip to their favourite local pub…

It was safe to say that I was occupied all afternoon with catching up, eating icecream and teaching Nan how to download things onto her iPad, and how to use Facetime (she’ll be a silver surfer yet!).

After getting home and having some dinner, me and my aunt and uncle watched the Leader’s Debate on ITV, and ended up debating heavily on what we thought of the issues (mixed results about immigration, the NHS and young people in education, work and training). We ate cake, did a bit of Ancestry.com, then everyone went to bed.

And that was when I realised, at 1am, that I haven’t written a single word. Not one. Great work Heidi, great work! I’m going to have to write an extra 1917 words on top of the usual 2000 target tomorrow, and I have only myself and my gaming/terrible sleeping habits to blame. Ah well, there is always the morning…

Auntie wants to go out for the day tomorrow, to watch a film and go for lunch. So it’s going to be a frantic day to juggle everything, but I’m sure I’ll manage!

After I finished Clare’s article, Kevin asked me if I could write another post, about the issues he’s been having with Twitter. I agreed, and started researching Twitter and their verification process to see if I can shield a bit of light on the situation.

Ever since Kevin Healey has been on Twitter, tweeting thousands of followers about autism activism and campaigns, he has had nothing but abuse from trolls. He himself is on the autistic spectrum, and finds it difficult to communicate. Trolls have been cloning his account, and impersonating him, saying vile obscene things that he himself would never even dream of saying. It’s caused him a lot of grief, and it just gets worse by the day.

So, to try and combat the issue, he asks Twitter to verify his account. They refused. Here is some information I pulled from Twitters FAQ page about verification.

“Verification is currently used to establish authenticity of key individuals and brands on Twitter.

Twitter verifies accounts on an ongoing basis to make it easier for users to find out who they’re looking for. We concentrate on highly sought users in music, acting, fashion, government, religion, journalism, media, sports, businesses and other key interest areas. We are constantly updating requirements for verification.”

I underlined the last bit, as that is key to the whole situation, as well as the part at the beginning.

Verification is used by Twitter, in order to prove to the general public using the social media site that the person or brand they are following is actually the legitimate source, and not just someone making it up or trolling.

So, why will Twitter refuse to verify Kevin, an autism activist?

Obviously, he fits into the criteria of being a key person (Twitter has verified other political activists on the site), with a key interest, activism. However, Twitter feels that as Kevin isn’t a celebrity, a famous activist or a brand they can make money off, that there is no need to verify him whatsoever. Despite his MP, his MEP emailing Twitter on Kevin’s behalf, and thousands of people signing his petition on Change.org (will link it at the bottom), Twitter are adamant that Kevin’s Twitter won’t be verified. You might say, ‘oh, why doesn’t he just delete his Twitter account and save all the trouble?’

a) The trolls will have won their battle to frighten, harass and intimidate Kevin

b) Without Twitter, he would struggle to connect with the people that he would need to in order to help others like him on the autistic spectrum to have a better life.

Like most people on the autistic spectrum, Kevin struggles to communicate to the outside world about his ambitions, passions and ideas. Twitter and other social media gives him a much needed voice and audience to tell the world how it is, and what can be done to make life better. Don’t let Twitter, or the trolls silence him.

This guy is simply genius! What he does is that he takes various literature and movie characters, and makes an email inbox for them, so readers can get an idea of how these characters would use the internet if they had it.

Check it out here, although I have only linked to the Austen ones, there are all sorts to feast upon!

My inner nerd is singing for joy!